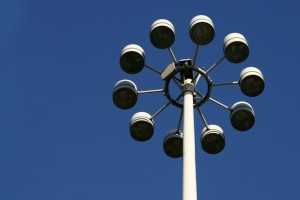 Here is your InstaParking Airport Parking News for September 1st. Every Tuesday and Thursday we give you a round up of news that matters for Airport Parking operators and patrons.

WOOD-TV reports Monday that a preliminary investigation shows the blaze started Sunday night in the engine of one car and spread to other vehicles at the Gerald R. Ford International Airport near Grand Rapids. Read More>>

Indianapolis Worldwide Airport will get 20 electrical automobiles to be used by airport vacationers beginning this fall after the town’s new electrical car-sharing program debuts.

The Indianapolis Star reviews (http://indy.st/1LJv419 ) the airport’s BlueIndy car-charging stations must be in place by October on the fifth flooring of its parking storage, throughout from the terminal. Read More>>

Valet parking claims airport wanted them out of business – Sep 1, 2015

Airport Valet, which served Green Airport since 1993, is gone. The signs are still on Post Road, the site of the former Great House restaurant, as is the building, but since the macroburst storm of Aug. 4, a section of white awning lies crumpled on the asphalt. Weeds are starting to take over.

Airport Valet closed in July, and three weeks ago owner Bob Horlbogen issued a press release blaming the Rhode Island Airport Corporation for the company’s demise and indicating a suit would be brought against the agency. Read More>>

A State College developer will build a 120-room hotel at Harrisburg International Airport, the airport’s operating authority said Monday. Shaner Hotel Group will lease the hotel’s site from the Susquehanna Area Regional Airport Authority, which owns and operates the airport. Shaner intends to construct a four-story hotel that includes meeting space, a restaurant and bar on the 2.7-acre property. Read More>>

Manchester (ap) — The Manchester-Boston Regional Airport is starting a program for people who park there frequently.

To get your Airport Parking Press Release included email us at Sales@InstaParking.com